Good vibes, energetic crowds and passionate musicians bring together the pages of our music gallery.
Whatever kind of music you play or venue you perform, we will capture the action packed moments of your show.
Our unique, creative style brings the photographs to life, leaving the viewer wanting more.

Singer and group portfolios, album covers and promotional images are all available, please email us for more information.
Read More 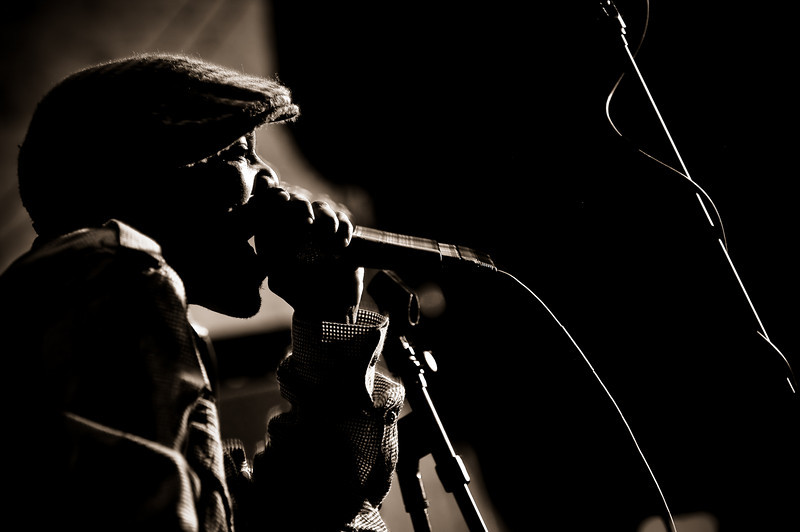 The Rebirth Brass Band rose from the streets of New Orleans to international renown with a mix of the brass-band tradition and a refreshingly modern sensibility. The Rebirth Brass Band mastered the traditional jazz sound of their hometown and then melded it with funk, R&B and, most recently, hip-hop, they are as capable with spirituals and rags as it is with brass-band boogie.

Formed in the early ‘80’s by Philip Frazier, Keith Frazier and Kermit Ruffins, all former schoolmates, the band has evolved from playing the streets of the French Quarter to playing festivals and stages all over the world. The band is a regular highlight of the New Orleans Jazz & Heritage Festival, where their 1982 performance led to a record deal, and a strong loyal audience following. As always, the Rebirth Brass Band promises to get the party started Crescent City-style and then take listeners on a stirring ride through traditions old and new.

Kermit Ruffins has moved on to form his own band The Barbeque Swingers, and has himself become quite the local celebrity. Rebirth's longstanding regular Tuesday night gig at the Maple Leaf Bar in New Orleans has become a mainstay on the city’s music itinerary. Their drummer Derrick Tabb, was in 2009 picked as a finalist for the CNN Heroes award, for his founding commitment to the Roots of Music after school program in the city of New Orleans.

Rebirth, as they are affectionately known in the Big Easy, is always on call and have earned their reputation by showing up and “taking it to the streets.”

In the ongoing wake of the disaster that was/is Katrina, Rebirth has taken become a role model for young musicians to look up to in learning about and maintaining their long and rich musical heritage.